This was Pontiac's ill-timed but valiant effort to return to its muscle car roots.

The 2004 GTO was really a rebadged, left-hand-drive Holden Monaro, a car designed by GM's Holden division in Australia, and manufactured there. This left it less prone to some of the usual GM quality issues of the time, but the nondescript body style didn't translate well over here, and only about 40,000 of them in total were sold between 2004 and 2006. Of the 15,740 GTOs sold in 2004, only 700 were painted Cosmos Purple like this one, and of those, only 377 were manual transmission cars, as this one is. All 2004 cars came with GM's venerable LS1 5.7-liter V8, an aluminum-block engine with old-school pushrod internals that put out 350 hp. (2005 and 2006 models were graced with the 400-hp LS2). The LS1 still had a throttle cable, instead of the more problem-prone drive-by-wire system of the later LS2 models.

This was the first Pontiac GTO sold in Collier County, Florida since 1974, and comes with a plaque to that effect. A former owner upgraded the stereo and exhaust, but the original units come with the car. This car is essentially still brand-new, having been driven just barely 6,000 miles since 2004. It runs and drives like new.

Problems? None, other than some slight splitting of the leather at the top of the driver's seat, which is common with these. Keep it garaged and out of the sun, and it should stay virtually unnoticeable.

​The LS1 with the factory Tremec 6-speed gets close to 30 highway miles per gallon. Around town, it's not too bad either, but if you use the prodigious torque and horsepower of the naturally-aspirated LS1, you may not achieve EPA in-town mileage estimates. This is a beautiful car, in a stunning state of preservation. The 2004-2006 GTOs will be appreciated far more some day by collectors than they currently are.

AFTERMARKET EXHAUST AND SOUND SYSTEM, BUT CAR COMES WITH ORIGINAL PARTS AS WELL. 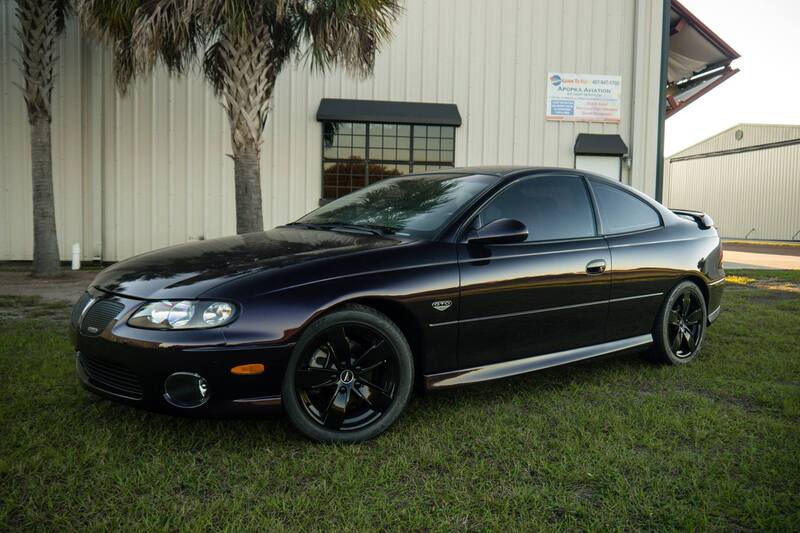 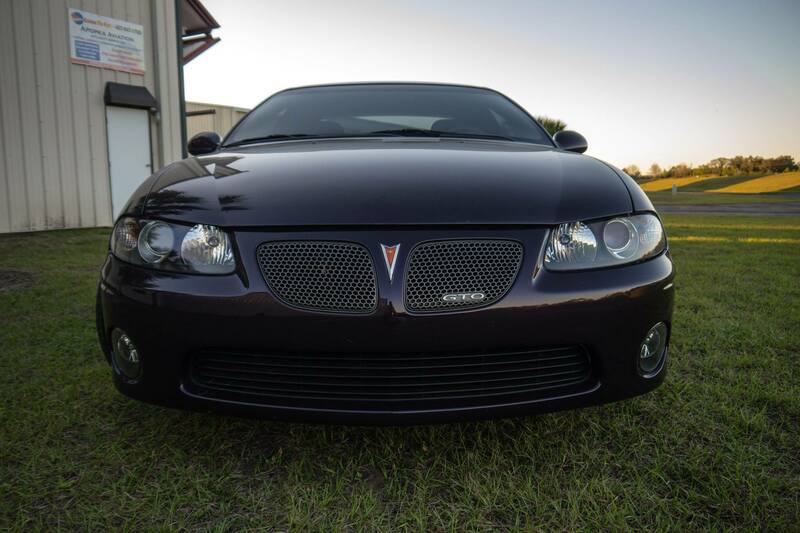 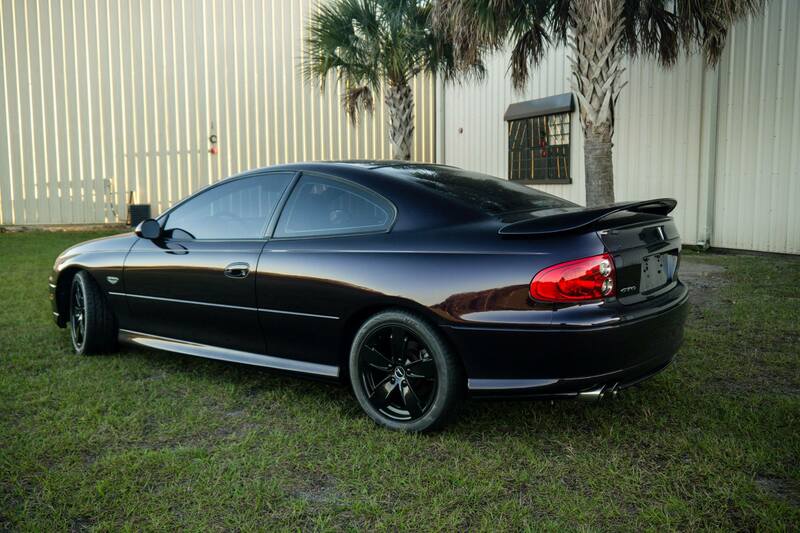 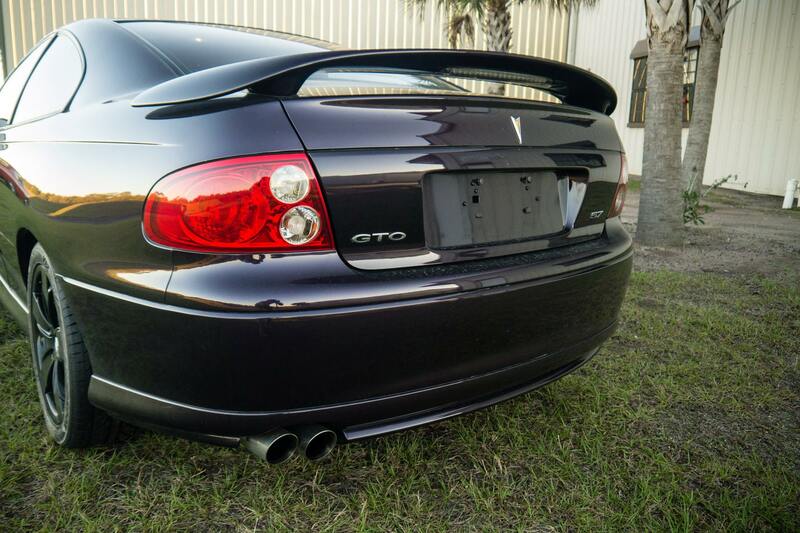 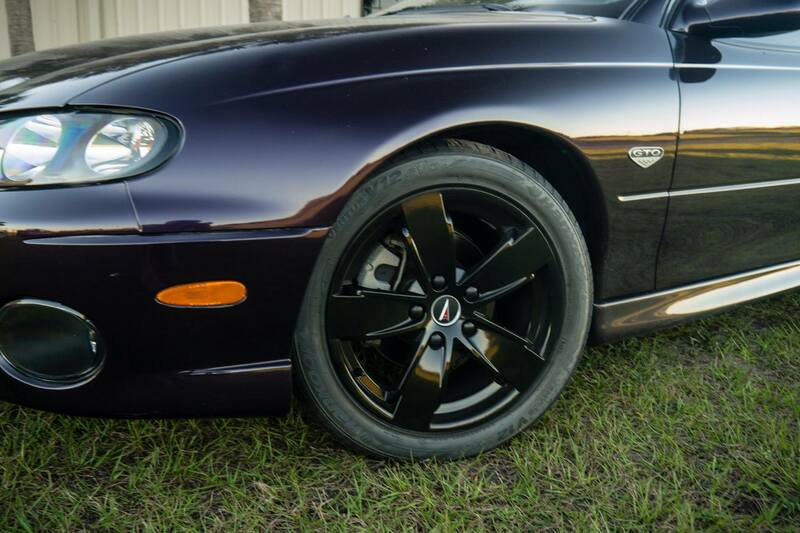 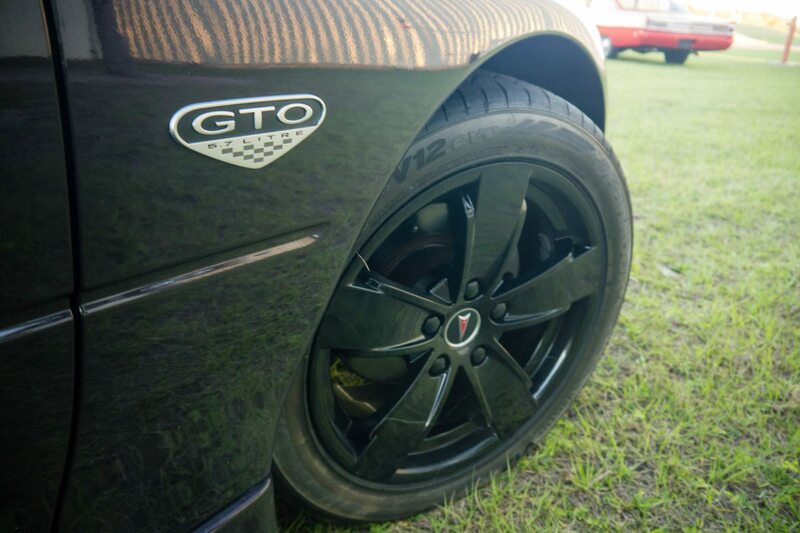 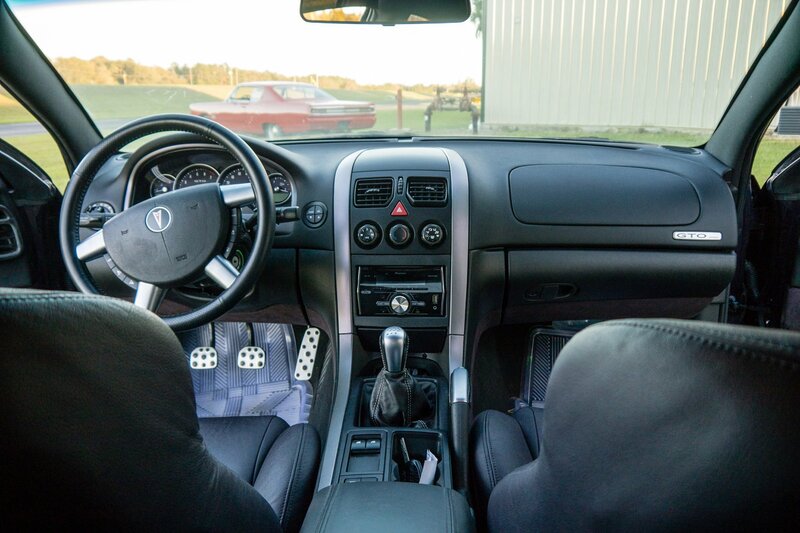 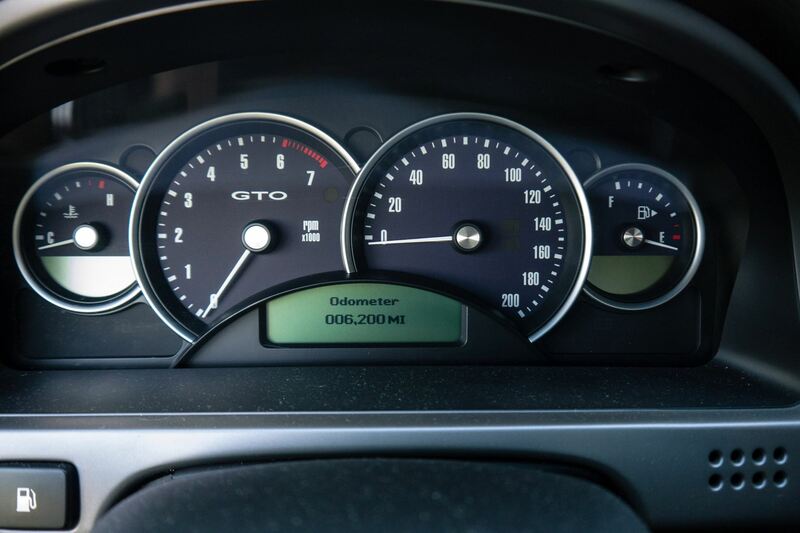 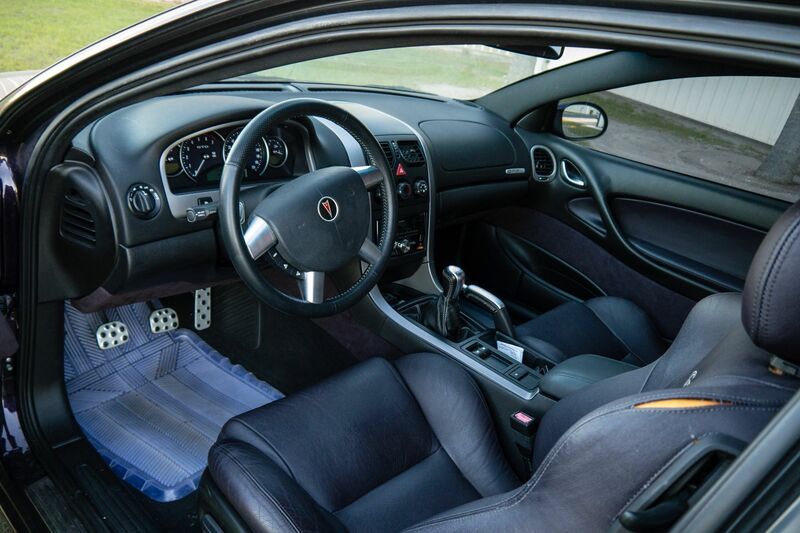 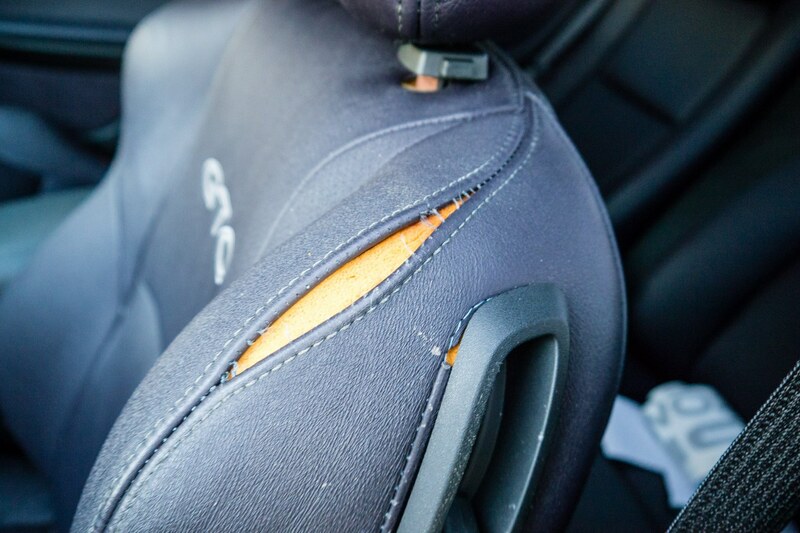 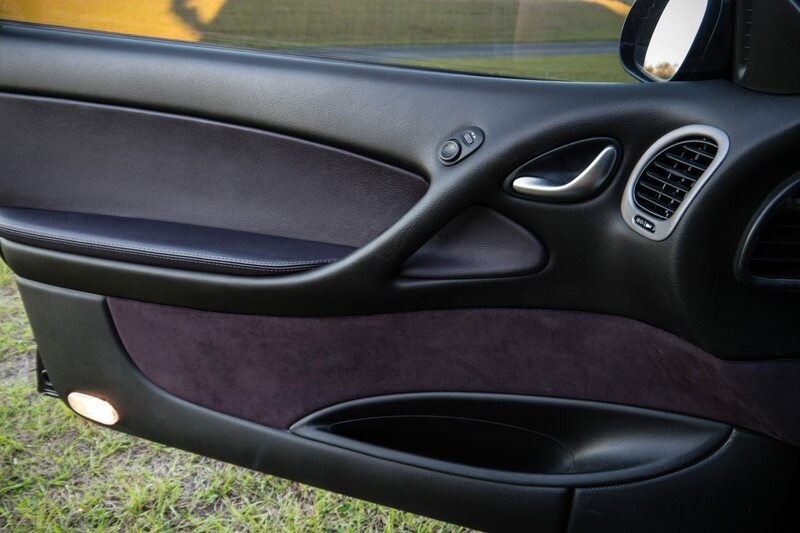 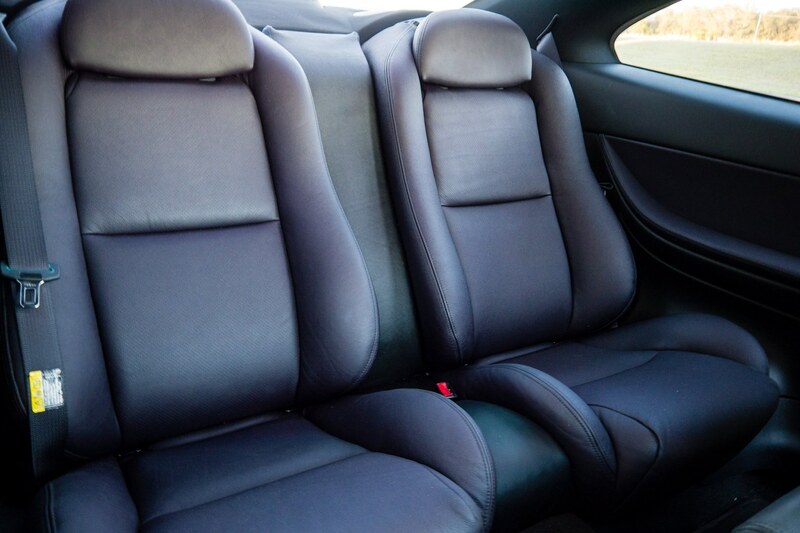 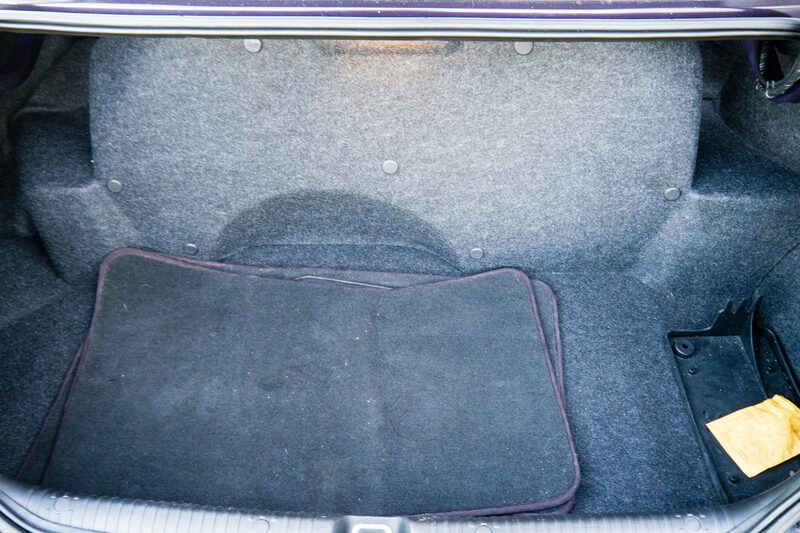 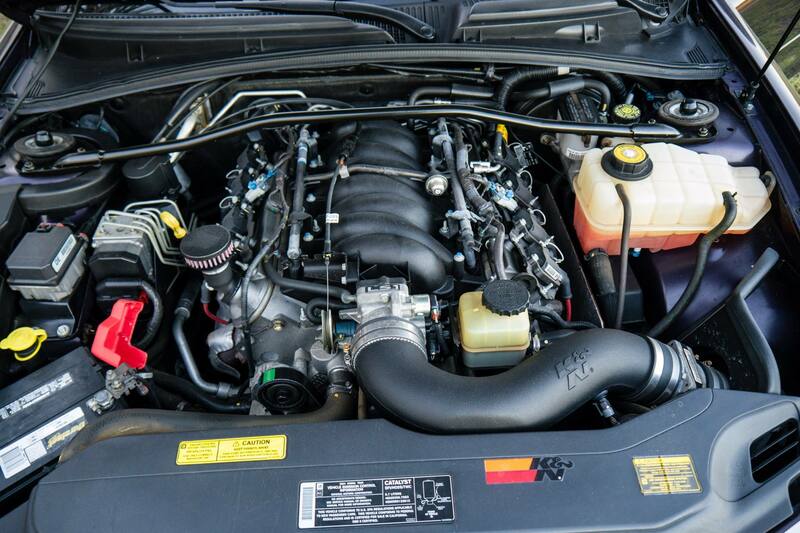 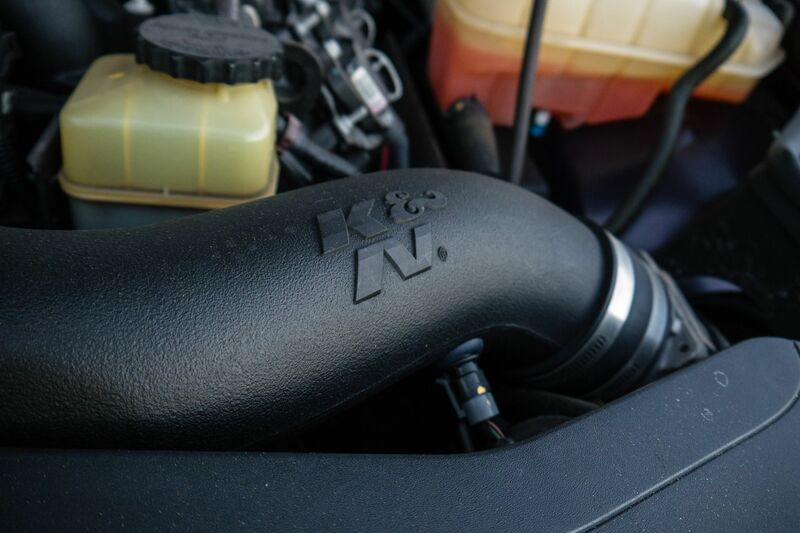